Our first stop in Israel was Jerusalem, where we have spent three nights. One of the oldest cities in the world, claimed as their capital by both Israelis and Palestinians, and considered a holy city for three major religions (Christianity, Islam & Judaism), Jerusalem is rich with history, culture and religion. I don’t have to point out that Jerusalem is a must when in Israel.

HOW TO GET THERE?

Since recently there is a direct bus no. 485 leaving from the main terminal at the Airport to the Central Bus Station in Jerusalem. This is also the most affordable option at just NIS 16 pp.

From the Airport Terminal you can also take a shuttle to the Ben Gurion Airport El Al Junction. Egged bus no. 947 leaves the junction approx. every 20 minutes, dropping you off at the Jerusalem Central Bus Station. The ride takes a bit more than 1 hour.

I wouldn’t recommend this option. The route is scenic, but quite tiresome, especially after a long flight.

The ride takes twice as long as the bus, the train leaves only every 2 hours and you have to change trains in Tel Aviv (HaHagana station). Also, you have to take a taxi from the Jerusalem Train Station to the hotel.

We opted for a ‘sherut’, i.e. a shared taxi, which takes up to 10 passengers and costs NIS 64 pp to reach the desired location.

The only downside of this type of transport is the waiting, as the sherut will only take off once it is full, and you might spend some more time in the van, circling around until the sherut has dropped off all its passengers.

Our accommodation, the lovely Ben Hillel Boutique Hotel, located in the Ben Hillel street, was easy to find and we had a very pleasant stay – the hotel was clean, the staff was friendly and helpful, only the room was a bit small.

The location was just perfect, at a walking distance from the Old City and the Mahane Yehuda market. We would definitely recommend it! Booked through Booking.com, we paid EUR 210/three nights. 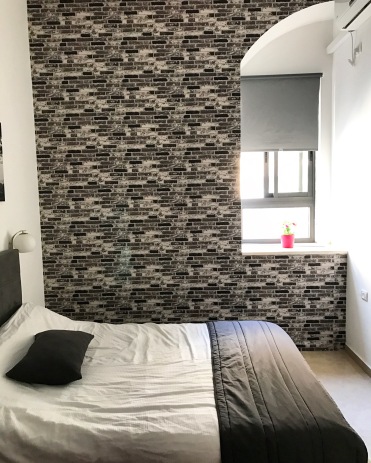 As we arrived to Israel early in the morning, after checking into the hotel it was already time to start exploring this marvellous city.

Three and a half days (including half day trips) in Jerusalem were barely enough to experience a glimpse of what the city has to offer. To avoid this post being too lengthy, I will focus on the Old City first.

A UNESCO World Heritage Site List since 1981, the Old City is home to some of the most known sites in Jerusalem.

The third holiest site for Muslims (behind Mecca and Medina) and the holiest site for Jews, recently more known for making headlines due to conflicts, Temple Mount is equally controversial and stunning. Although the Temple Mount crisis was ongoing during our visit and we were advised against it, we did not want to miss seeing the iconic Dome of the Rock (note that Non-Muslim visitors are not allowed entry into the building). On the bright side, a much more peaceful and almost tourist-free site allowed for beautiful photos. 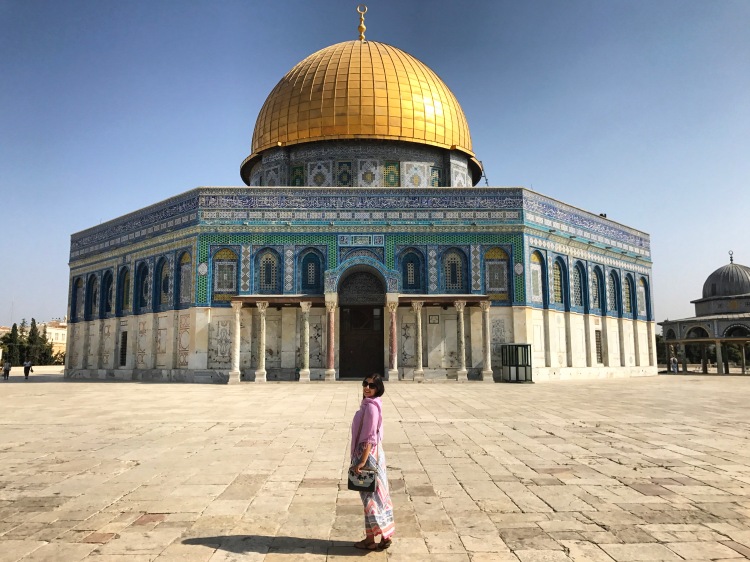 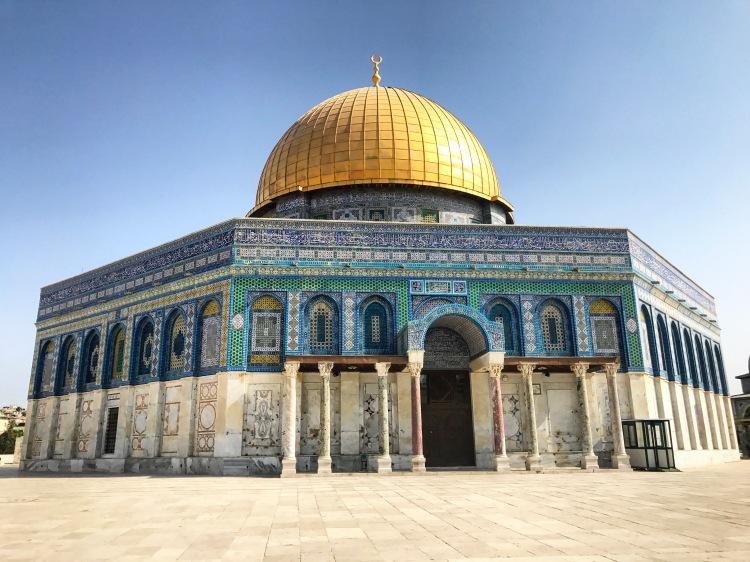 Non-Muslims may only enter the complex through the Mughrabi Gate (Muslims may enter through any of the 11 gates) by scaling the wooden Mughrabi Bridge from the Western Wall plaza. The bridge is only open during very specific times, varying also depending on the season, and the line to enter can be very long. During summer, the visiting hours for Monday through Thursday (it is closed on Friday and Saturday) are 8 AM – 11 AM and 1.30 PM – 2.30 PM. Sometimes the entrance is closed without notice, even during visiting hours. The admission is free, but there is a dress code; both men and women need to be dressed modestly, covering their knees and shoulders. Also, don’t forget to bring your passport (and entry card, of course), which will be inspected.

After navigating through a maze of shop-filled streets of the Old City (to be fair, sites are very well marked) and passing a metal detector, you will reach the Western Wall, which is considered holy due to its connection to the Temple Mount. Because of the Temple Mount entry and worship restrictions, the Wall is actually the holiest place where Jews are permitted to pray. It is said the Divine Presence never moves from the Western Wall and you will be able to observe worshippers placing notes in the Western Wall; slips of paper containing written prayers to God. According to the Jewish law, prayer notes may not be thrown away and are thus buried in the Jewish cemetery on the Mount of Olives twice a year. You can even send your prayers online!

If you visit the Wall on a Sabbath, you will experience the atmosphere of Jewish people of all ages praying and singing, but you will not be allowed to take photos.

This site calls for modest attire and is also gender segregated, with women and men praying in sharply divided separate sections.

Strolling from the beginning to the end of this famous street, starting in the Muslim quarter, it is quite hard to imagine that this was supposedly the path that Jesus walked, carrying his cross, on the way to his crucifixion.

The path will lead you past all fourteen Stations of the Cross, like Station I, where Pontius Pilate condemned Jesus to die, Station II, where Jesus accepted his cross, and Station XI, where Jesus was nailed to the cross.

The Via Dolorosa ends at the Church of the Holy Sepulchre, which is said to contain the two holiest sites in Christianity, the site where Jesus was crucified, and his empty tomb, where he is said to have been buried and resurrected. 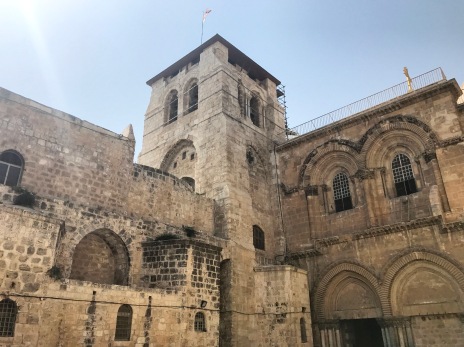 Traditionally, the Old City has been divided into four uneven quarters, and today it is roughly divided into the Muslim Quarter, Christian Quarter, Armenian Quarter and Jewish Quarter. The walls that surround the Old City were built by the Turkish Sultan Suleiman the Magnificent. Apart from the sites mentioned above, you should stroll the streets of Old City and take in the atmosphere of the quiet Jewish Quarter and the vibrant markets of the Muslim quarter.

Tip: If you enter the Old City through Jaffa Gate, you will find a Tourist Information Center, where you can get a free Jerusalem map and lots of other information! 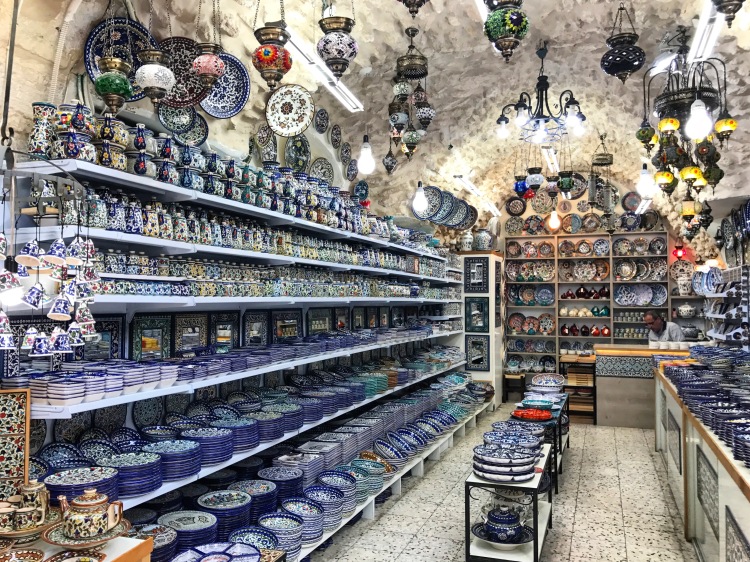 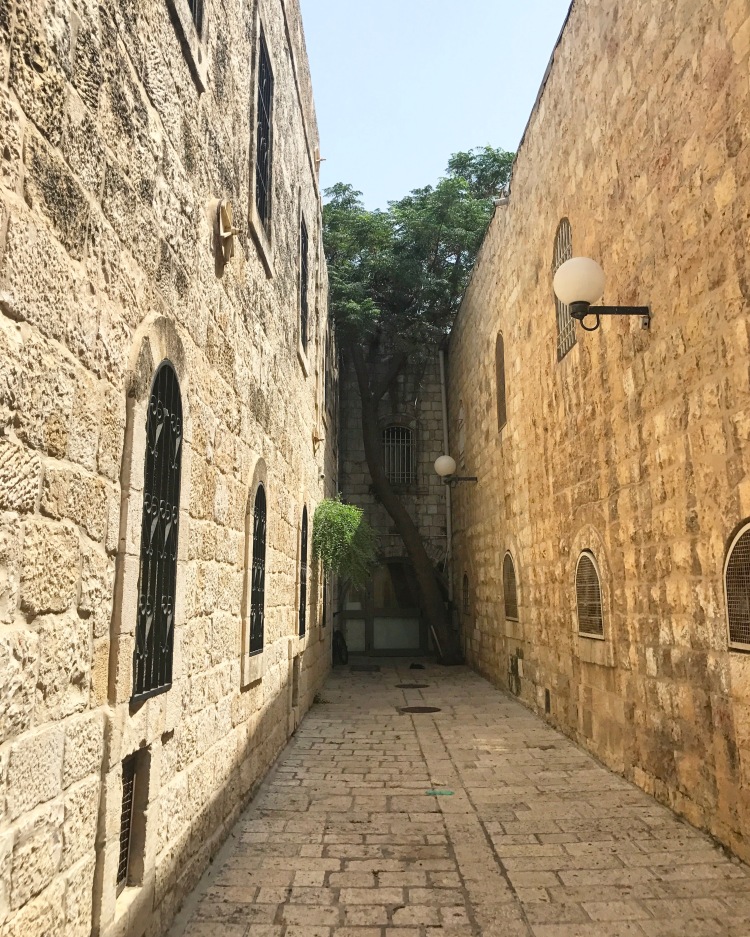 Tip: try visiting the Old City at different times of day – in the morning, before the shops open, the streets are empty and peaceful, which is quite different than the usual, slightly chaotic scene … 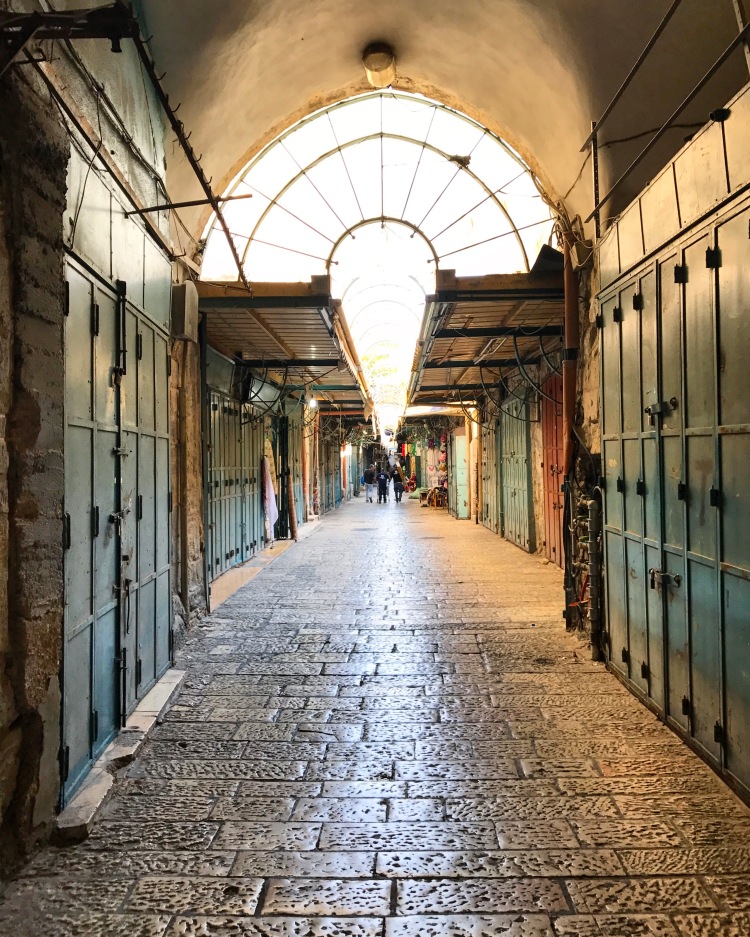 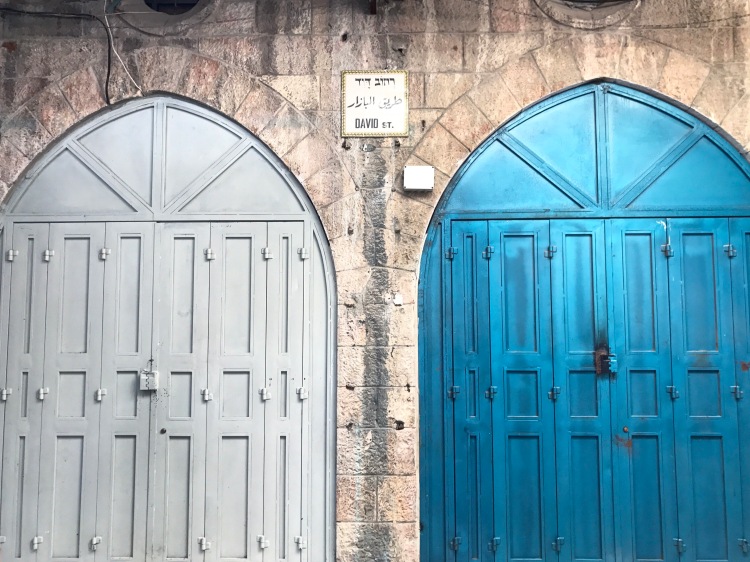 …to find out more of what not to miss, check my next blog post!